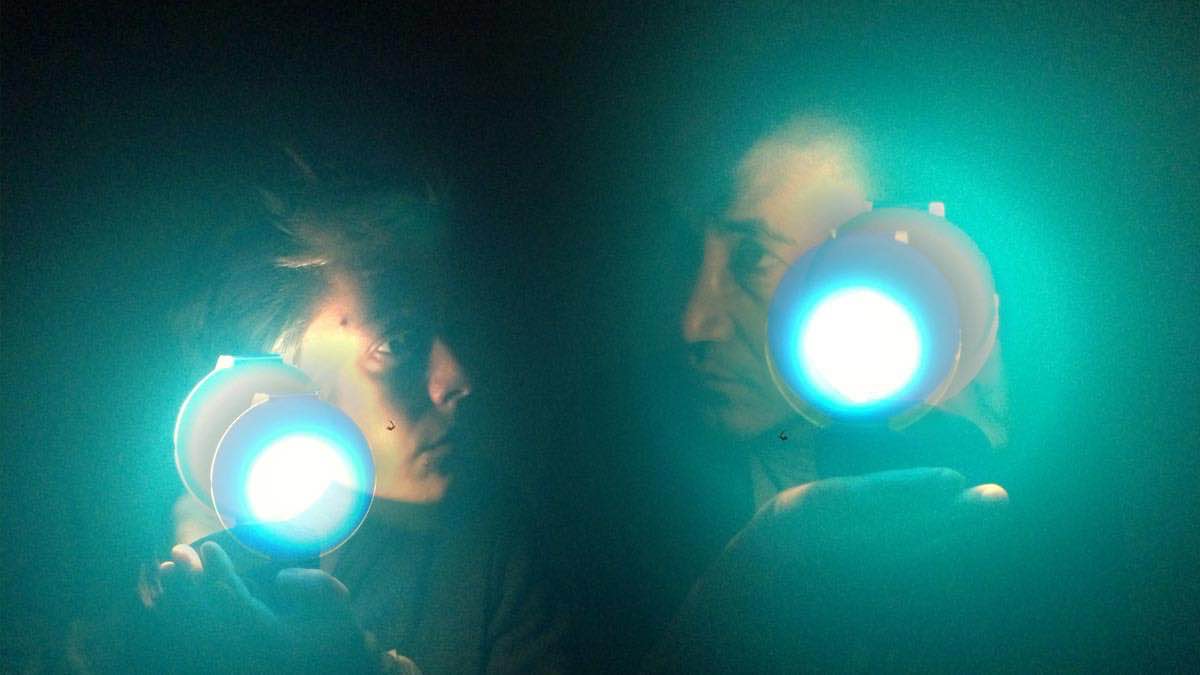 Sukandar Kartadinata crafts modern musical instruments made from code and microchips rather than wood or brass. His designs are usually custom-made depending on the specific needs of individual musicians or media artists.

Kartadinata studied computer science at FH Karlsruhe, but developed most of his skills while working at the music technology institutions ZKM, STEIM, and CNMAT, as well as the Topophonien project. From the latter he derived his interest in spatialization, applied for example in the Neo-Bechstein duo or more recently to his amplified guitar case.

His main focus though is on interfacing between real and virtual domains, typically via sensors and associated technology. Where projects allow he strives for embedded solutions, to imbue his instruments with a stronger identity untethered from the typical tangle of assorted gear.

In his musical practice Kartadinata combines the above with his electric guitar playing where the emphasis is on improvisation and extended playing techniques.

Liz Allbee is a american composer-performer who lives in Berlin. She performs most often with trumpet, electronics, and voice. Her investigations encompass electro-acoustic composition, instrument creation, and improvisation. Recurring themes in her work include extensions & embodiments: the human interplay with instruments, objects, and high and low technologies through which she can reconfigure/reconsider hands and the tools that make them.

She has appeared at such festivals/venues as Maerzmusik, Donaueschinger Musiktage, CTM, ZKM, Darmstadt, San Francisco Electronic Music Festival, Huddersfield, Serralves em Festa, among others. She is the recipient of funding and grants from Initative Neue Musik, Meet the Composer, Global Connections, Berlin Senat, has been Artist-in-Residence at Q-02 in Brussels and STEIM in Amsterdam.