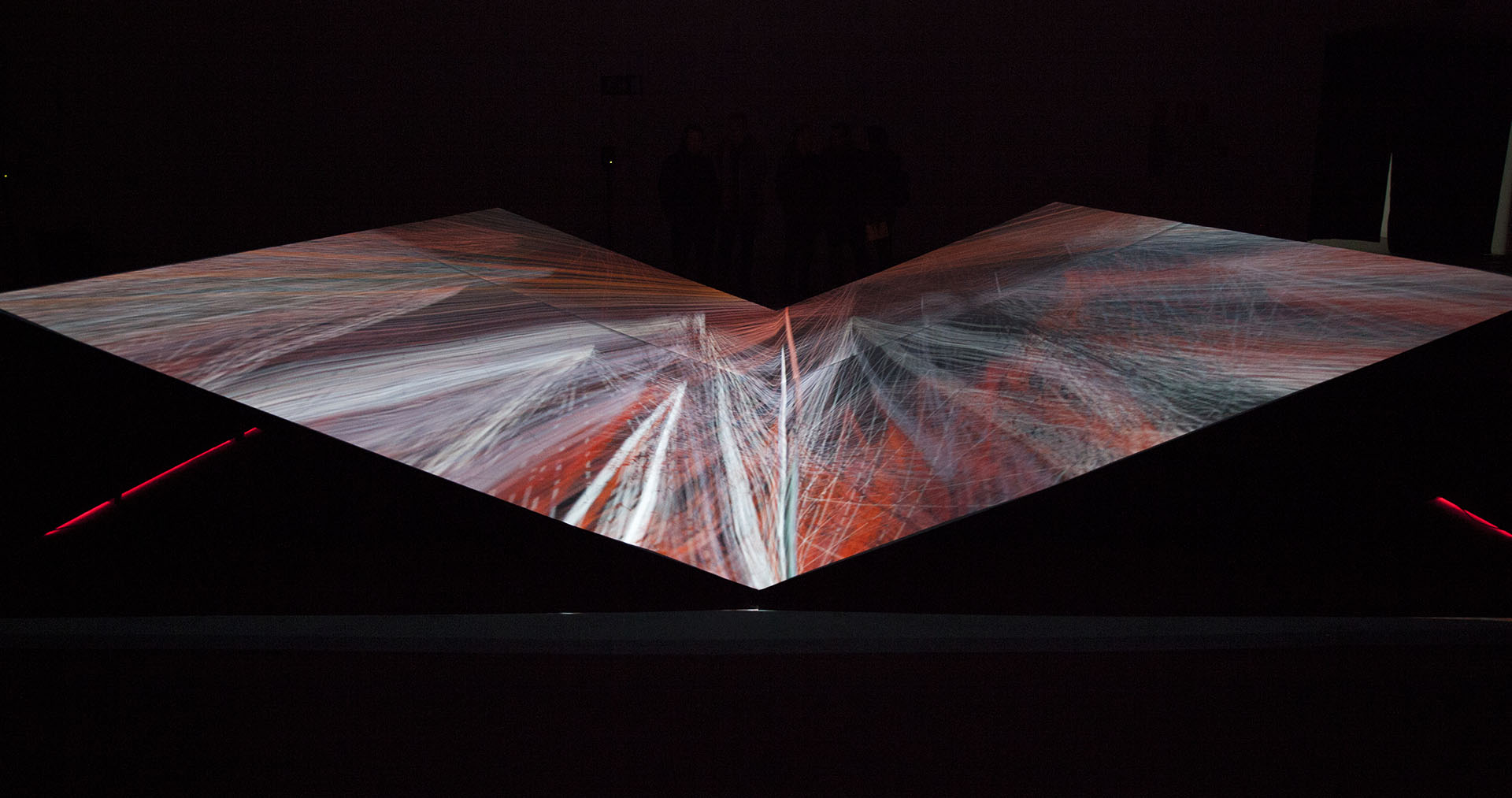 The Montreal-based artist Maotik will premiere at L.E.V. Festival his new project Aeryon, created after a month’s residency at LABoral Centro de Arte y Creación Industrial within the framework of Red ENCAC (the European Network for Contemporary Audiovisual Creation), a network formed by festivals and cultural institutions with such an international scope as CTM Festival, ARS Electronica, Resonate, Mapping Festival, Elektra, Le Lie Unique, LABoral, and L.E.V. Festival, to name only a few.

During the last few years we have been witnessing the emergence of “flying objects” in our sky. Creative technologists and artists use this technology to capture landscape images and also film sequences. Therefore companies and institutions use it as a surveillance monitor to track individuals. Military drones are increasingly used by armies around the world, and it is said that in a near future they will replace the police patrols for urban security. It is the threat of big brother hovering or even a world where machines have taken over. Is this will lead to irreversible future uses ?

AERYON is an artistic interpretation of a surveillance drone vision where the story line evolves according to its location. It consists of an immersive floor projection showing the cartography into a poetic visual interpretation. Using a color map of a custom-mage cartography, the generative visual system will react according to the pixel map and will transform the information into a point cloud. Geometry instances will be used to recreate the natural patterns that we can sometimes contemplate from a drone. All patterns such a mountains, ocean, forest or cities will have a specific visuals aspect. Other information such as the size of the cities, the number of inhabitants, wind force or weather forecast, just to name a few of them are taken into consideration in order to give more parameters to the visual composition. GPS information will also be used to retrieve sound information from a specific location (radio frequencies) and add this information to the “Drone” generative surround sound composition that will also evolve according to the navigation of the performer.

The conflicting forces of virtuality and reality invite the audience to live a contemplative experience where the visual composition change according the virtual drone location, providing an ever-changing experience. Designed as an AV performance and also an installation, AERYON is an advanced navigation visual system that analyze a multiple source of data to recreate the beauty of an aerial landscape view. The story line of the piece evolves gradually to create a multimedia environment that offers various degrees of immersion and modify the perception of the physical space. The installation is an “Open form” that offers various combination option to the interpreter, the idea is to create a system with a random creation process, in a range of settings defined by the activity of the real time data analysis. In this sense, every state, time of the installation is unique and inimitable. Surround sound translate the visual into a sonic experience that will dive the public at the center of this electronic landscape.

This activity is included in L.E.V. Festival‘s line-up and also in ENCAC (the European Network for Contemporary Audiovisual Creation), a multiannual project led by LABoral Centro de Arte y Creación Industrial in a strategic alliance with LEV Festival, and co-funded by the European Union’s Creative Europe Programme.