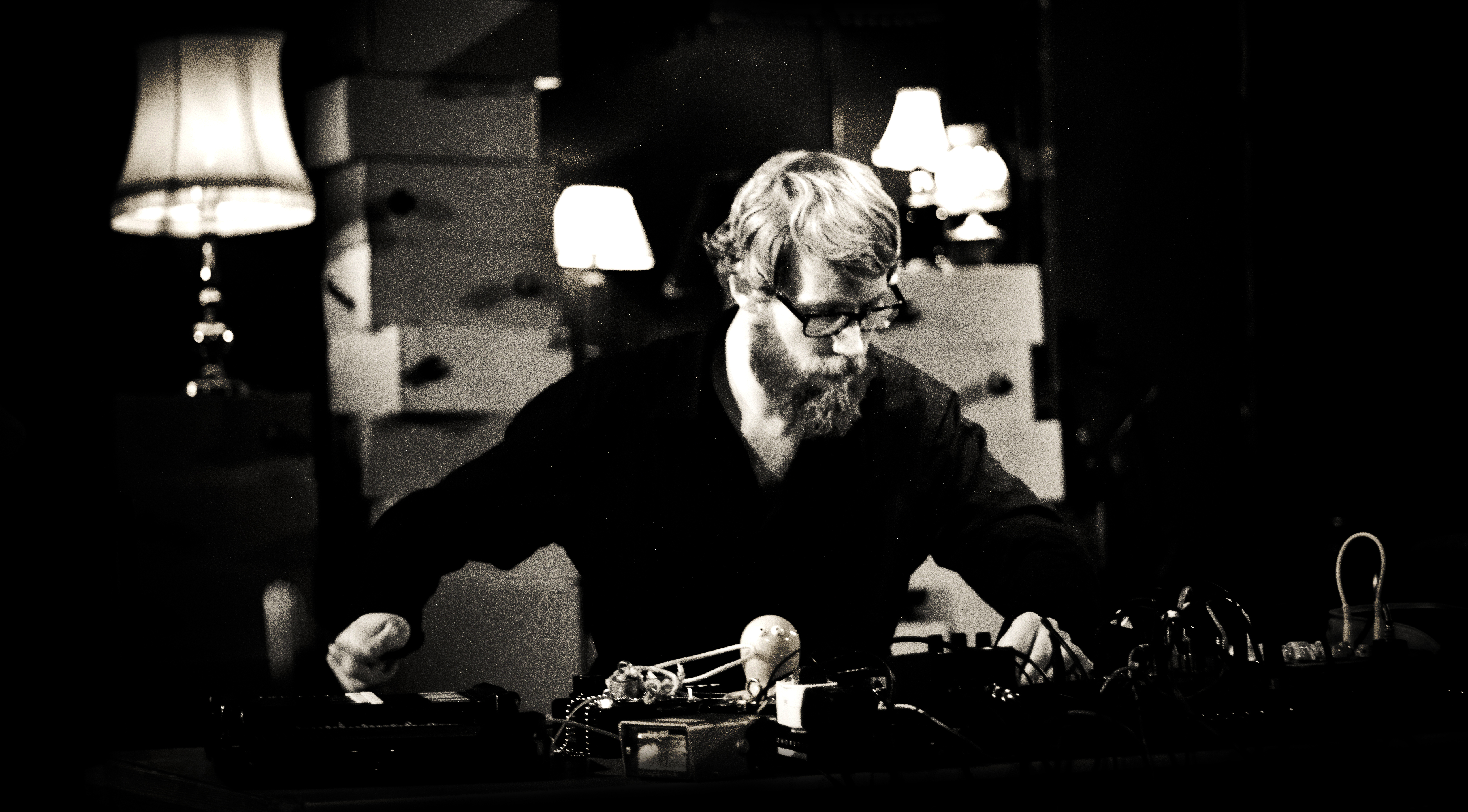 Christian Skjødt is a Danish artist who explores the material and aesthetic interrelations between sound, bodies and memory.

His installation works deal with the imperceptible. Working site-specific Skjødt sets up autonomous systems out of which immersive and often performative environments emerge. He compiles installations with a laboratory approach in which technical and physical experiments play a central role. Working with sound as primary materiality Skjødts art in many ways bypasses the intellect and ‘speaks’ directly to the body, reminding us of the direct link between the body, thinking and reality.

The visuals are often minimalist, investigating individual audio-technical principles that ‘investigate themselves’ and the space they are in. His work is based on the physicist’s approach of allowing objects and materials to be what they are. But at the same time Skjødt creates spaces where it is impossible to stand at a distance as a viewer – many of the works function interactively and reactively forcing us to relate to place and time. His works can be seen as witnesses to what we are unable to perceive and the boundary between our sensory apparatus and the materiality of the world.

Besides his solo career he has taken part in numerous collaborations, working interdisciplinary in the fields of composition, installation, theatre, dance and performance. He is also the founder and curator of the vinyl imprint Tonometer, objectifying exploratory sounds and music.