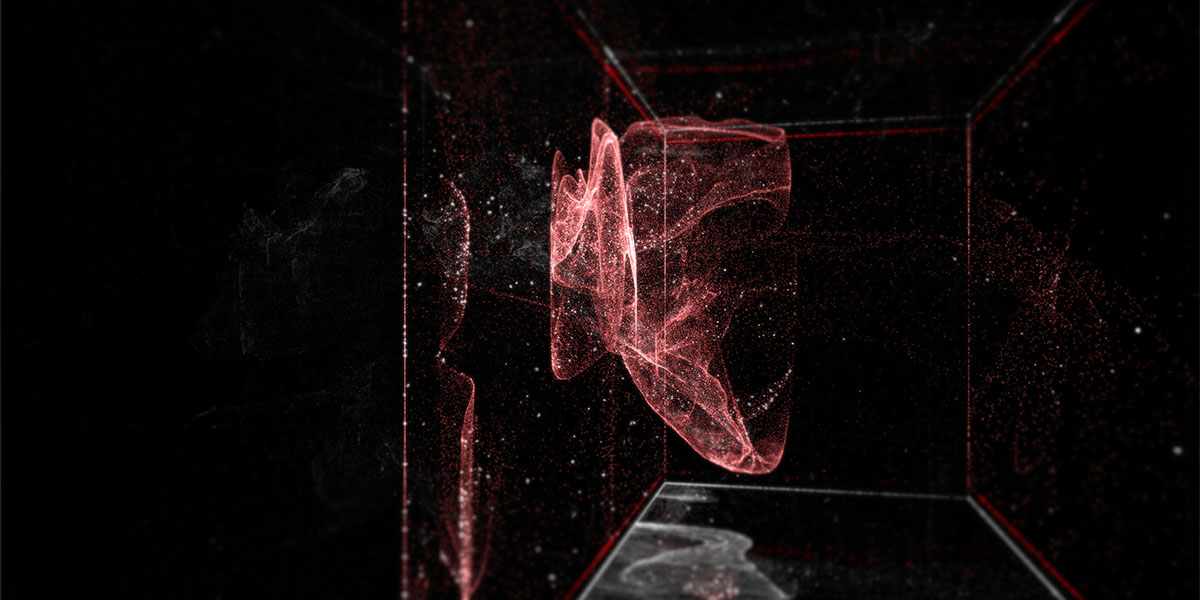 SYNSPECIES is an audiovisual project created by Elías Merino and Tadej Droljc. It’s inspired by virtual ecologies – unstable morphological spaces that emerge from an interaction of co-existing unrelated entities with the void.

SYNSPECIES are multi-scaled audiovisual objects that are cross pollinating, mutating, adopting and fighting for their space and existence. They co-create a world of unreal physicality that is constantly kneaded by violent forces. Their existence appears to us as fractured narratives in the perceptual phenomena that resemble a chain of synchronised chaos.

SYNSPECIES feed on tangles made by computer-based code and analogue signals. They originate from Stockholm’s EMS Buchla and Serge modular systems, algorithmic composition and 3D geometry synthesis. The vivid abstract architectures of SYNSPECIES fluctuate in an ambiguous pulsating time hybridising and shaping new spaces confined in a perpetual disintegration process.

SYNSPECIES encircles a serie of audiovisual performances and installations. The installation Spaceless Latitudes portrays the first work of the serie.