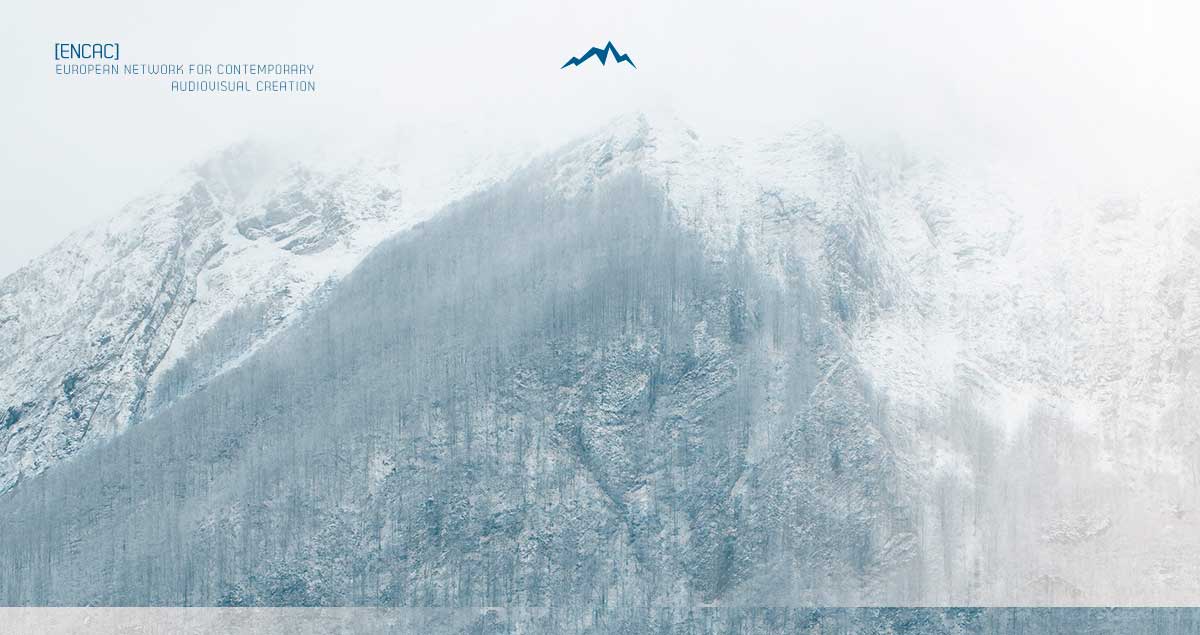 The European Network for Contemporary Audiovisual Creation (ENCAC) is pleased to announce this year’s winners of their annual open call. Totalling 186 submitted projects from 34 countries, a wide range of approaches from developers, performers, visual artists, film makers, choreographers and musicians, composers and sound artists presented their particular visions of the potential for audiovisual creativity in cross-disciplinary fields.

The jury was formed by ENCAC’s curatorial committee:

CTM Festival is excited to host Enrique Tomás’s “Embodied Gestures” project as their second ENCAC residency. Enrique´s biography shows a long history of focused research and deep familiarity with diverse technologies and interfaces, from commercial MPCs to self-made digital instruments. Throughout his work, the artist has grappled with the difficulty of encoding his musical intentions into hardware and software, often feeling/experiencing a disembodiment between the instrument and his musical ideas. With “Embodied Gestures”, Tomás asks: “how can we encode our musical intentions within digital instruments?” By considering musical sensibility, empathy and emotional intensity as triggers of creative processes and musical experience, Enrique Tomás touches the core of CTM 2017’s FEAR ANGER LOVE theme.

Maotik‘s “Aeryon” is a work based on the visualisation of a landscape by means of surveillance cameras and real-time data processing. It brings together a series of parameters such as the use of drones and surveillance cameras, the visualisation of real-time data, a poetic interpretation of landscape (urban and non-urban), generative graphics and augmented reality, real images and field recordings, all of which are imbued with a critical geopolitical and social discourse both geopolitical and social. The site-specific work consists of an
installation and audiovisual performance closely linked to its presentation venue, as it functions with data and visualisations from that area. “Aeryon” will be hosted at LABoral’s FABlab, which has consistently supported research into the development of drones.

As part of this second competi ton, ENCAC’s Curatorial Commitee wishes to acknowledge the rigour, consistency and coherence of the work of Danish artist and composer, Christian Skjødt. Among current trends within sound art is a growing interest in artistic strategies that reveal generally imperceptible phenomena, for the purpose of expressing a material reality that is infinitely more complex than it appears. Along these lines, Skjødt’s installations evoke a fascination for the ways in which they make variations in the intensity of light or the vibration of matter audible. In his new creation, ÆTEROFONER, which Skjødt will produce during his residency at Avatar, the artist is inspired by the life and inventions of Leon Theremin. The aim of his residency is to carry out in-depth research into the detection and monitoring of electromagnetic waves.

“ManuFactory” is a performative installation with a maximum duration of three days. Six performers or ‘workers’ perform repetitive, choreographed tasks in a setting resembling a production line. Cameras and microphones capture the workers’ actions. With this project,Transforma propose a transdisciplinary collaboration between performers, choreographers and musicians that attempt to broaden the limits of performing arts in relation to digital art, new technologies and contemporary creation. By re-contextualising labour, Transforma aim to produce an unfamiliar and imagined working environment. “ManuFactory” is the culmination of almost 10 years of practice in this direction: exploring ideas of process, handwork, ritual and material structure. Throughout these years, Transforma has been developing unique and highly sensitive work that has gained recognition and respect all over the world. Taking on this new format and extending their praxis towards choreography and theatre seems to be a natural progression for their output in 2017.

“Permafrost” is the first joint project between Adam Basanta and Gil Delindro, musicians whose individual lines of work coincide in the exploration of unique acoustc qualites coupled with a conceptual and aesthetic contemplation of sound. Their instrument is an assembly of frozen organic materials. The disintegration and impact of these organic materials on a membrane of digital sensors and transducers generate a visual and sound landscape. Their proposal stood out for its production of new sounds in transboundary areas between natural processes, organic materials and digital devices, while exploring different parameters of time, processes and cycles.

Le Lieu Unique will host Matthew Biederman and Marko Peljhan for their project, “Soft Probe – the Edges of SDR (software-defined radio)”. The artists propose to research and create a tactical environment using software-defined radios for insight into contemporary telecommunication paradigms. The jury is convinced that the artists’ political stance and artistic experience will produce an impact on research which underlines the fragility of contemporary telecommunication infrastructures. Biederman and Paljhan’s use of open source equipment and software, their focus on our current loss of privacy and their keen understanding of the shifts brought about by SDR technology will ensure that “Soft Probe” comes out as a live and autonomous electromagnetic spectrum that charts today’s machines, raising awareness of what we emit without knowing it.