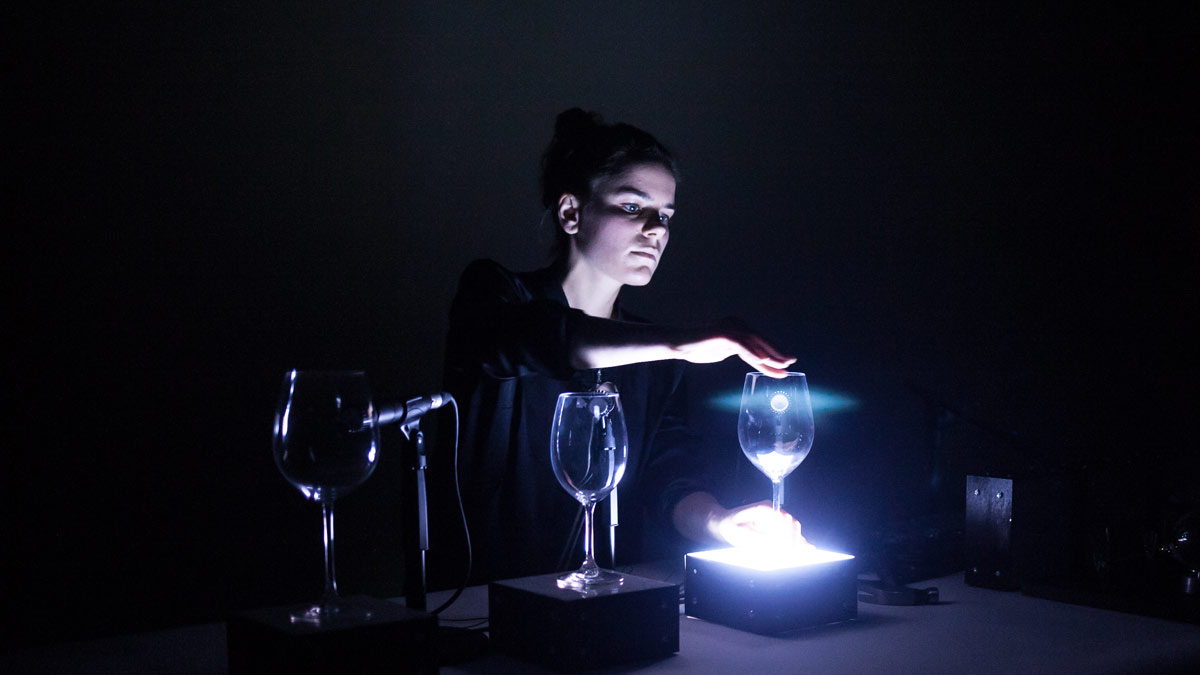 To be developed during a production residency at LABoral in April 2016 and will be on show at the L.E.V Festival 2016.

According to the jury, Myriam Bleau’s work gathers talent, innovation and experimentation, in search for new strategies which integrate image, light and sound in a performance through the manipulation of quotidian objects.

Myriam’s proposal is based on a ‘kind-of’ handcrafted approach, the use of quotidian elements, particularly the fragility of glasses
of wine, the sonorisation and visualization of it, the tension that precedes destruction and breaking and also her poetic interpretation of its symbolic potential and the strong energy created behind it.

autopsy.glass suggests a new concept in performance, an audiovisual live performance with a high performatic component which also includes chance, chaos, risk and tension, and which tears down the barriers between installation, interface and instrument to then generate an audiovisual landscape in realtime.

In summary, this piece makes digital language closer and warmer, it remains in the edge between the new and the old, the contemporary and the archaic, the mechanical and the digital.

With the support of: LEV Festival 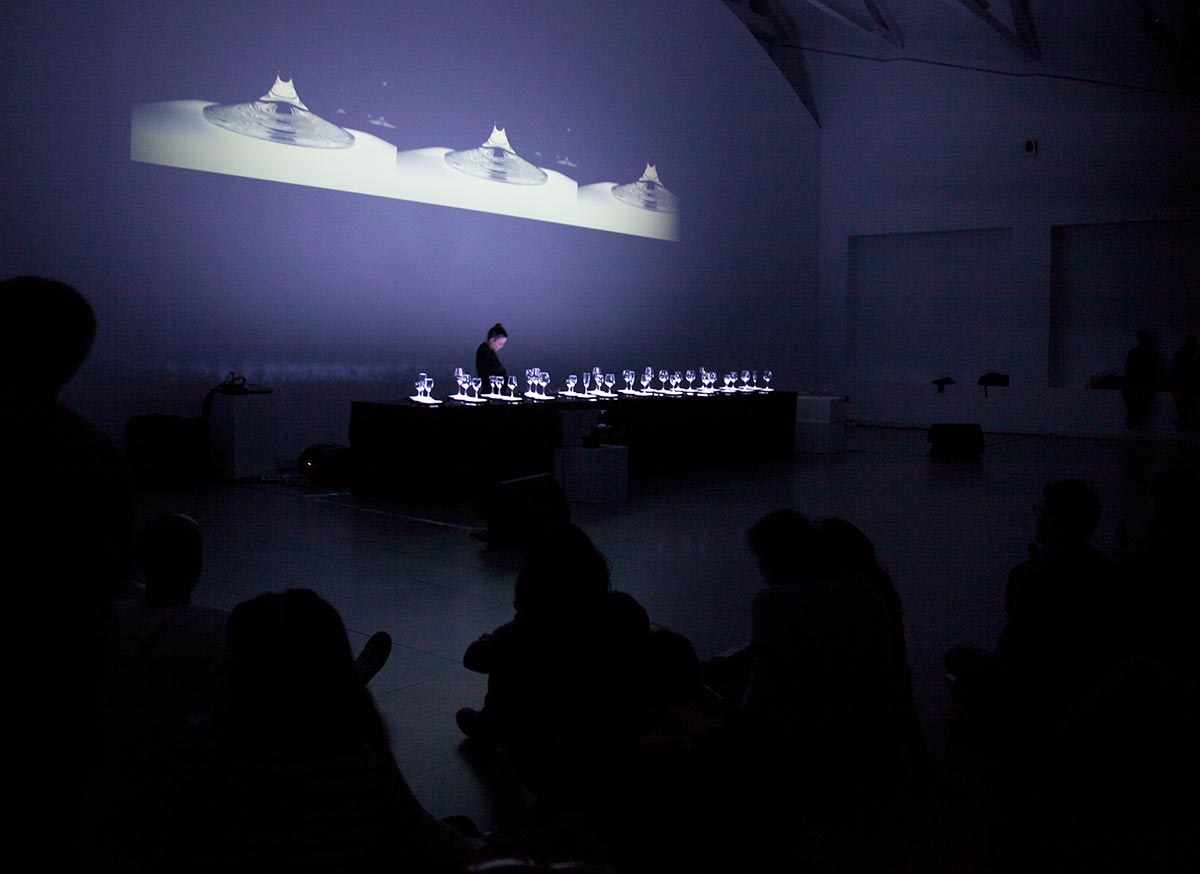 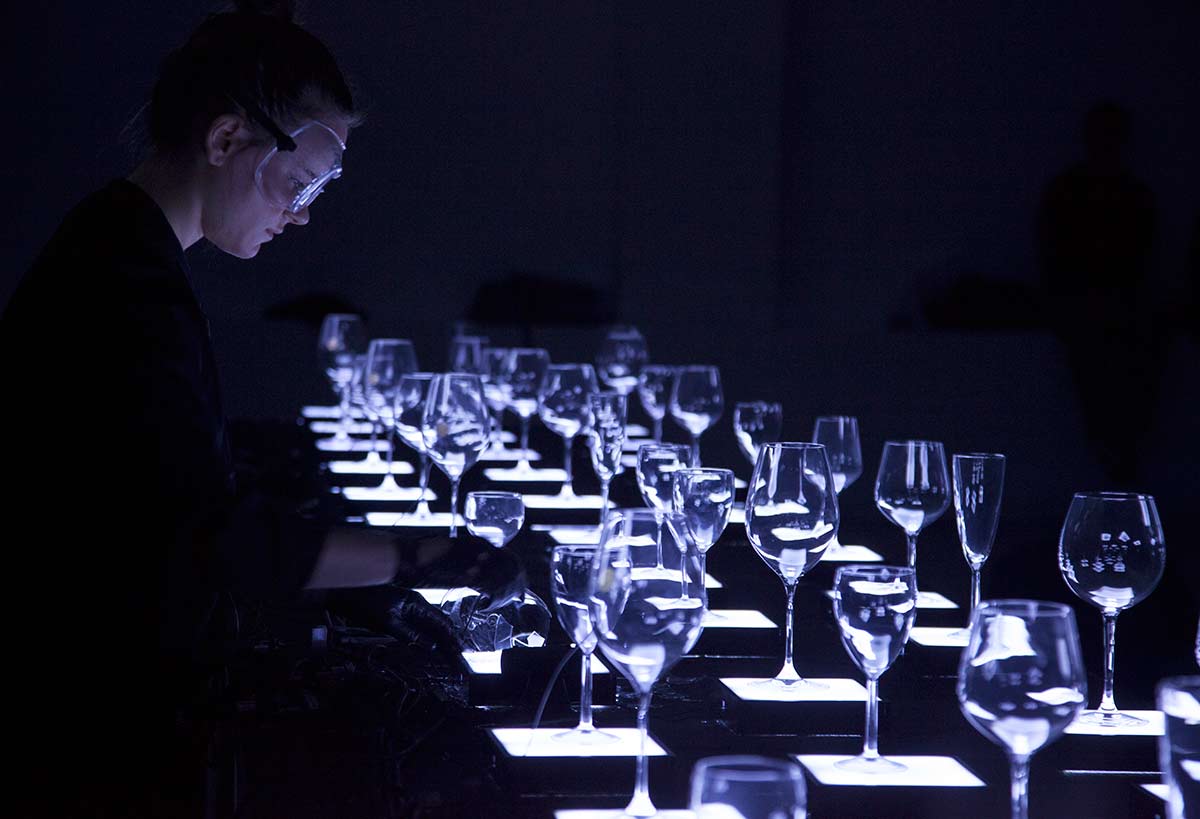 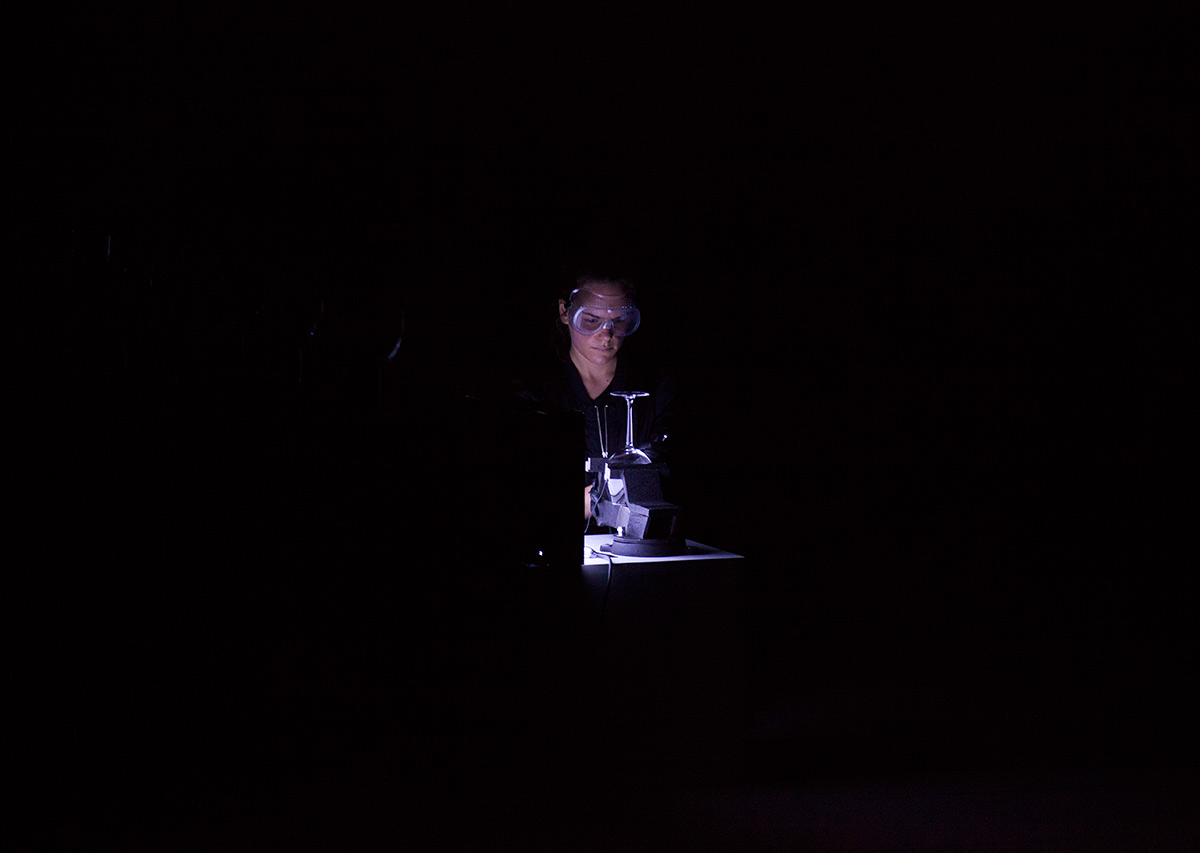