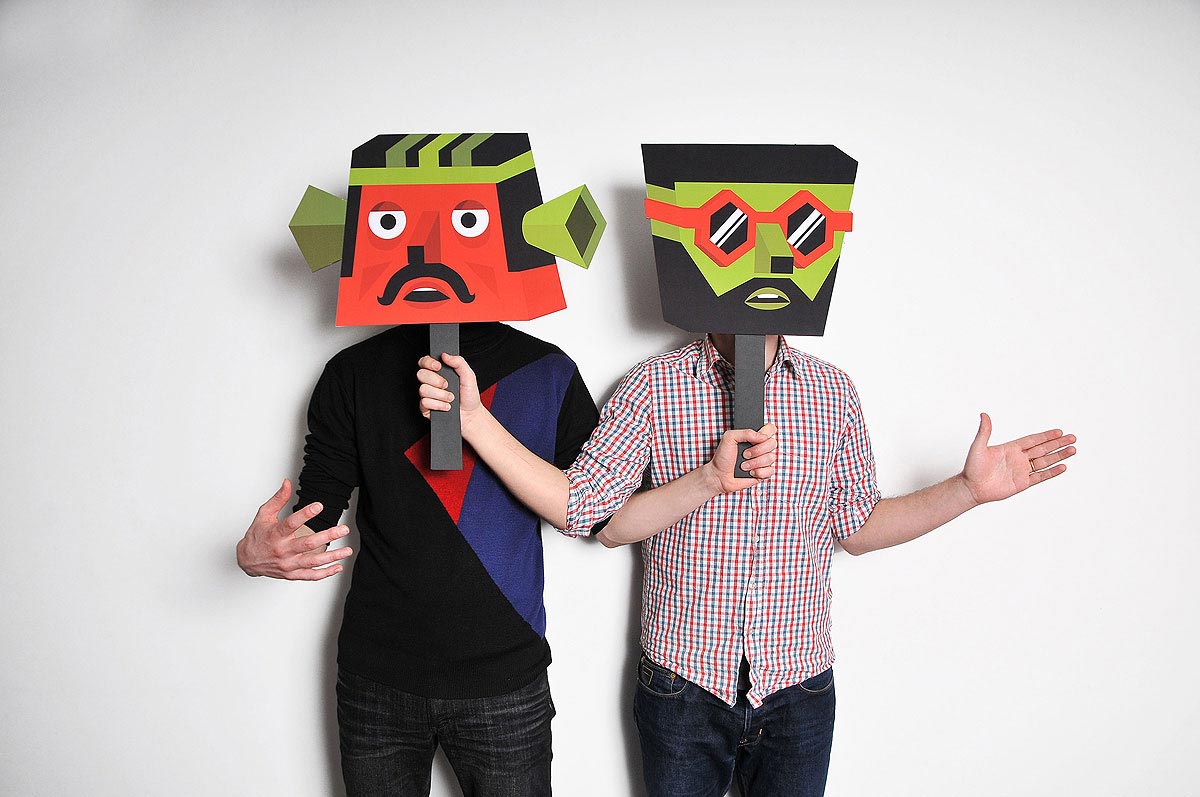 As a music and graphic duet, Gangpol & Mit works on a peculiar world of deviant cartoon inhabited by noisy and geometrical creatures. An audiovisual bestiary that evolves in more or less wonder lands where, behind the aspect of a technicolor frenzy and of a DIY entertainment, an absurd and apocalyptic dimension often appears.

For more than fifteen years now G&M have launched or contributed to numerous multimedia projects, including their own virtual band’s live performances (The 1000 People band), interactive AV wooden sculptures (La Boîte), electronic concerts for young audience (Carton Park), or webradio for children (Radio Minus), driven by a certain ability to address any kind of audience.

Involved on both a local and international level, the band has been touring its AV live show in many countries all over Europe, Asia, South America and beyond. While also working for exhibitions, various kinds of publications, soundtracks, DJ selections, workshops or lectures, they also released records on several labels (including Ipecac in the USA or Out One Disc in Japan), as well as a DVD for the german publisher Pictoplasma.