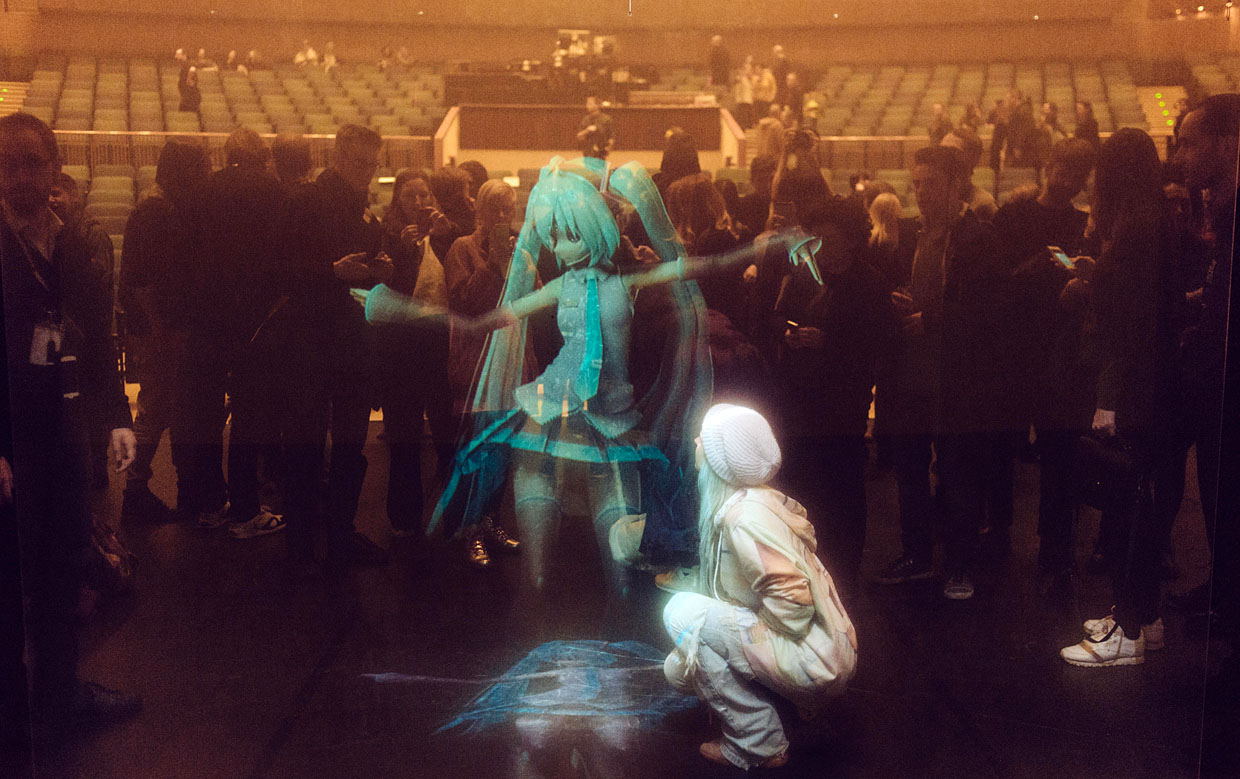 Still Be Here is a performance / installation with Hatsune Miku. Initiated by Mari Matsutoya in collaboration with Laurel Halo, Darren Johnston, LaTurbo Avedon and Martin Sulzer and comissioned by CTM Festival and trasmediale 2016

Since her 2007 launch in Japan, Hatsune Miku (whose name means “first sound of the future”) has become the ultimate pop star, developed as a marketing tool for the Vocaloid, a vocal synthesizer product into a globally adored and collaboratively constructed cyber celebrity with a growing user community, countless stadium performances and more than 100 000 songs released worldwide, especially due to the fact that her image is under a Creative Commons license and fans have created and shared freeware to make her sing and dance. Still Be Here explores Hatsune Miku as the crystallization of collective desires, embodied in the form of a teal-haired virtual idol, forever 16. Mari Matsutoya will present the project, showing the extent to which she has been appropriated and morphed, deconstructing the perfect pop star and demonstrating that Miku is simply an empty vessel onto which we project our own various fantasies.

Martin Sulzer will lead an introductory workshop on the technology and open-source software used in Still Be Here to show participants how they could themselves use these resources to create and share their own thoughts and perspective with the community.

Commissioned and produced by CTM Festival and Transmediale, in collaboration with Donaufestival, the Barbican and Metal.