A few seconds after darkness 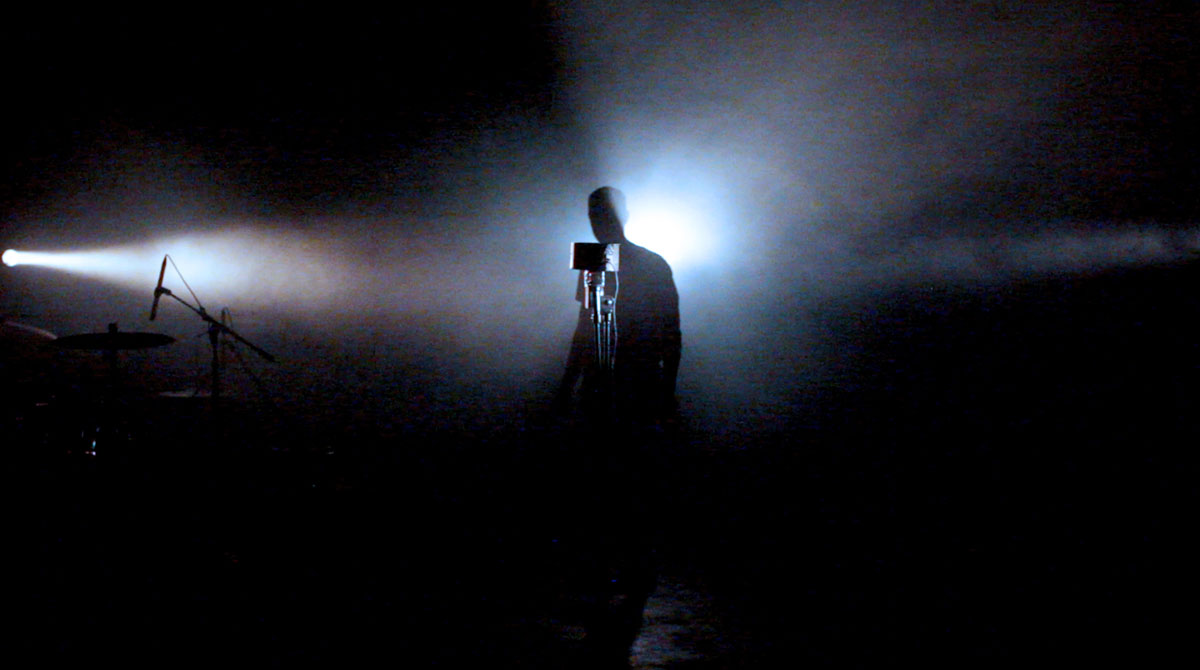 Residency from 9-17 January and presentation of results on 14 January.

“I wondered whether music were not the sole example of the form which might have served — had language, the forms of words, the possibility of analysing ideas, never been invented — for the communication of souls.”

A Few Seconds After Darkness is an immersive piece that creates in real time a world where the audience is one of the main actors. This work endeavours to return to the contact with carnal bonds that unites us to the world within movements of light and of sounds; its universe is envisaged as light spectrums inhabited by an essence, or a spirit, that engages with our imaginaries beyond the visible.

N.U. Collectif presented the results of its art residency at LABoral. The structure created by the artists is sensitive to human presence. Musicians and actors will sculpt the space in consonance with the actions and movements of the spectators. Everyone has a role to play in this piece.

This performance invites the public to take part in the creation of a new world. The space opened at the beginning is an endless night. But, as we enter into it, sound and lighting begin to turn on. We are part of the first breath of the world. We are that breath, that precise moment when light, sound and the surrounding space make the perfect combination. This world only lasts a few seconds, and we will make it live and expand. Circulating freely within this new cosmogony, the public activates the lights that write a singular and personalised score. The musicians and the actors’ bodies begin to inhabit the landscape they are composing.

The piece is an experience of sensorial polyphony, an intimate creation that can only exist through sharing. Inspired by recent research and old myths on the creation of the world, we begin an exploration that mixes digital arts and performance, between installation and play, creating a hybrid and immersive piece. The structure is sensitive to human presence. Musicians and actors sculpt the space according to the actions and movements of the spectators. Everyone has a role to play in this piece, and the narrative is in permanent motion. The sound is combined with the light, and a sensor device produces a sense of complete immersion. There is no text in this piece, just vibrations, sound frequencies and light painting that create harmony.